During last month, I found some small weekly courses that were held by TheSign Comics & Arts Academy and taught by Silvano Mezzatesta. All taught in Italian (which helped me a lot in continuing to improve my listening of the language).

The courses were about the anatomy of all kinds of animals, focusing on an artistic perspective, in order to be able to rapidly create a sketch and capture the flow in the animals' different poses and movements. We took a look at the diversity in animals, dividing the topics from mammals, to animals that swim, fly, etc.

We broke down their different shapes in the most primitive ways, like how some animals will have more squared traits and others are rounder; how the different animals stand and the variations in their limbs; to identify key features that let's you recognize the silhouette of a canid's vs a feline's head, for example.

Another detail that I loved the most about the instructor was that he also considered students that might not have/were not working on a computer. He would often suggest if you were working traditionally, to use tools like a lightbox and thin paper for you to be able to draw with different layers, like you would digitally.

Some of my studies: 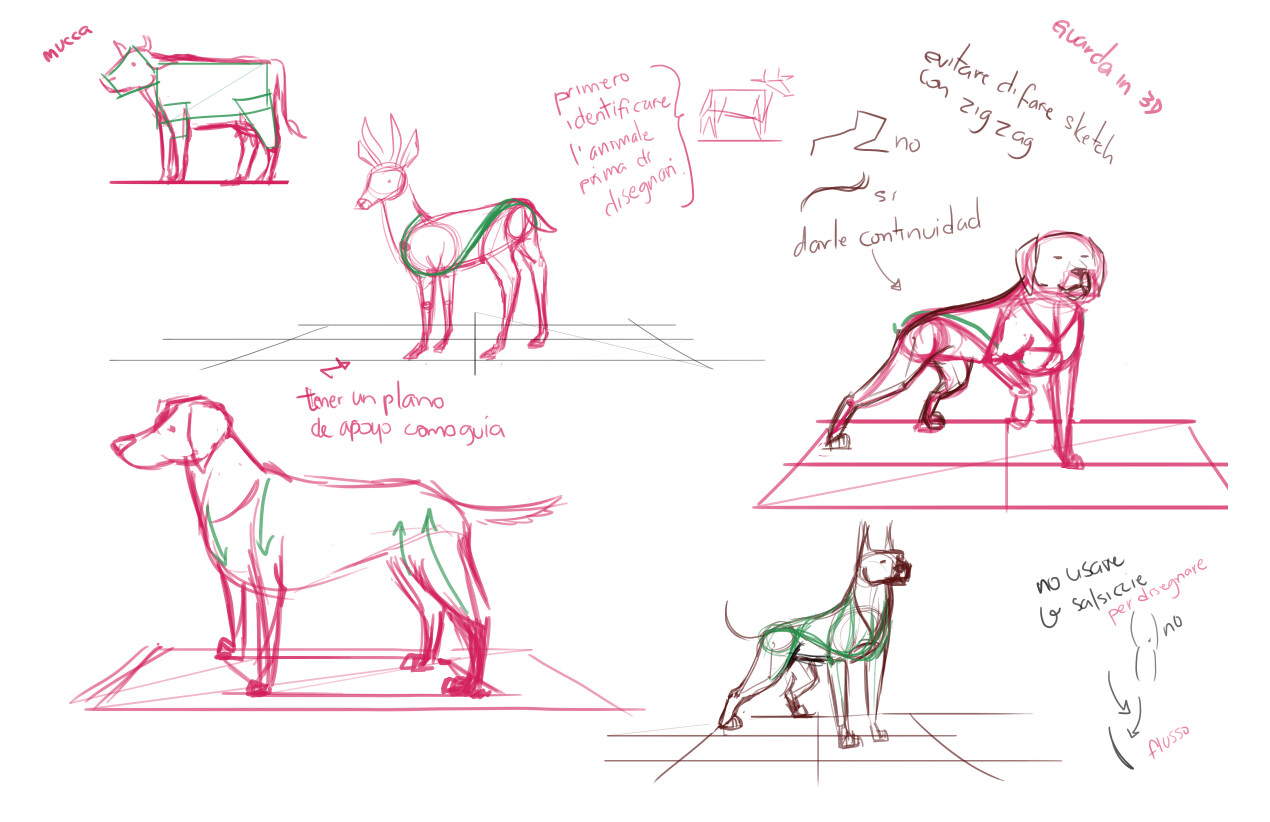 First make sure you can identify the animal by their main shapes (for example, how the cow's body form square shapes) before going into details.

(some of my notes are a mix of Spanish and Italian, haha) 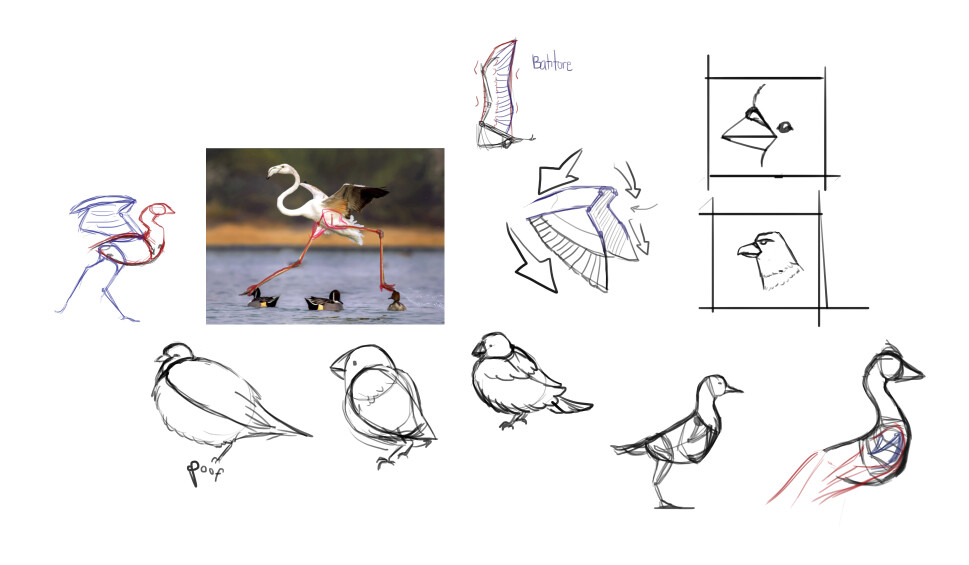 Even though we are using photo references, the instructor would often encourage to first study the flow of the animal in the refences and then apply that study to generate your own poses, so that you just not trace all your reference. 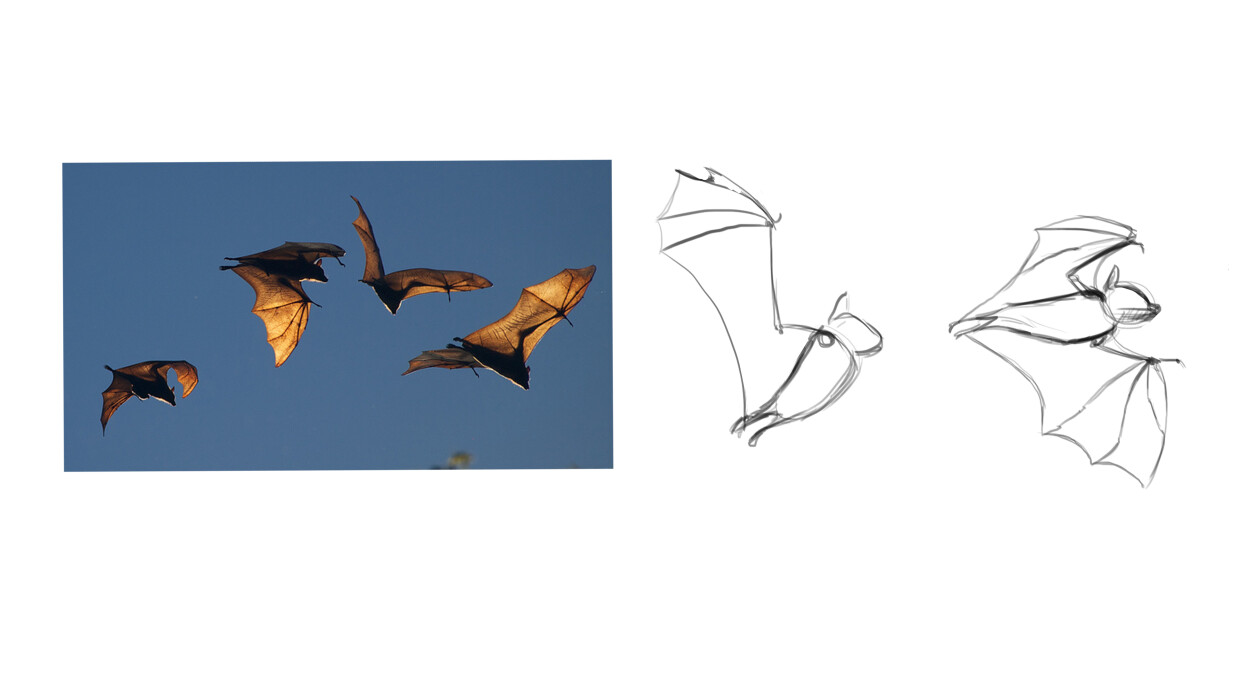 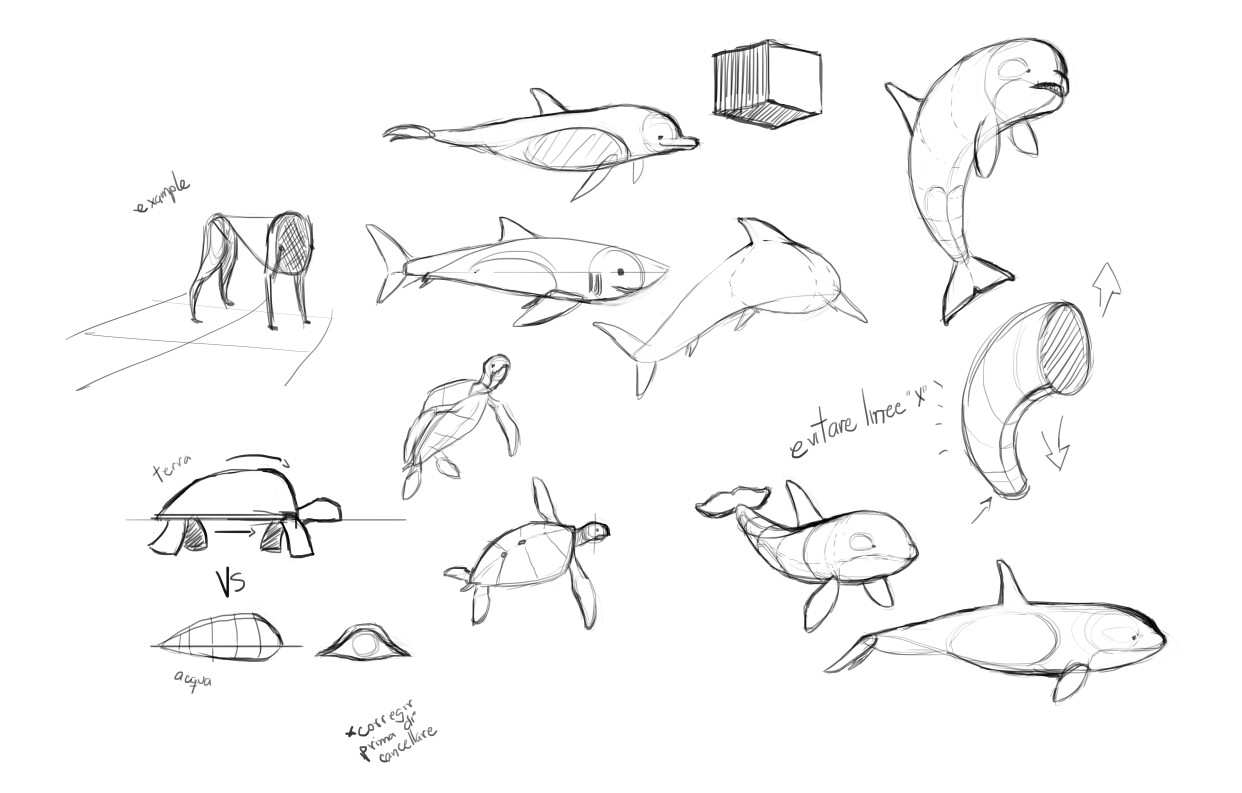 "Correct before deleting" is another detail that the instructor pointed out. Often in digital art we would keep pressing ctrl+z or erasing immediately (since it's faster to do so), but when you are doing studies, you won't be able see what's really wrong if you continuously delete before correcting.